A great source of encouragement, information and networking has been the series of “Espee in Oregon” Meets organized by Rod Loder.  As the title suggests, these meets have concentrated on topics specific to the Southern Pacific in Oregon. These meets have been held in Southern Pacific cities in Oregon.  Past meets have been held in Salem (twice), Oakridge, Klamath Falls, Medford, Corvallis, and now, Clackamas (April 5-7, 2012).  Each meet has featured a tour, typically of an industry on-line.  For example, the Corvallis Meet toured the Hull-Oakes steam-fired sawmill south of Corvallis, in Dawson.  Last year’s Salem Meet toured Freres plywood veneer mill in Lyons. 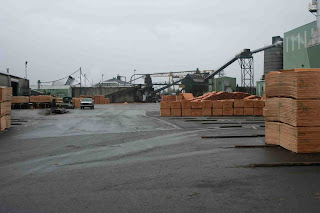 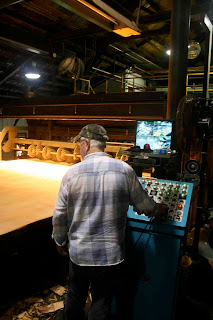 The meets feature presentations on a variety of topics, including local area railroad history, modeling techniques and other topics of use to layout construction, maintenance and operation of particular note to SP in Oregon.  Seen below is John Cathcart describing rolling stock tuning and maintenance operations on San Diego’s LaMesa Club layout. 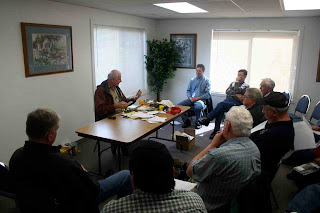 The meets are a great place to network and even acquire items particular to the SP in Oregon.  In the view below, Larry Castle expounds upon an SP topic in front of the table with the Oakridge Museum photo binders he helped create.  In the background is the ALW Lines table with the many kits for SP line-side structures, mostly based on structures along the Cascade Line.  A subsequent post will describe this great modeling resource.  In the meantime, go to:

I have no financial interest.  I am just a very satisfied customer! 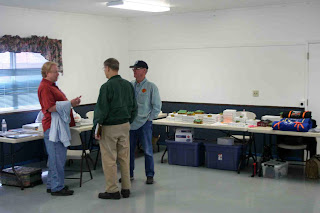 The Espee in Oregon Meets also feature layout tours of local layouts.  Many of these are SP-themed layouts, such as Tom Dill’s Siskiyou Line layout featuring 1950’s Ashland, shown last year at the second Salem Meet. 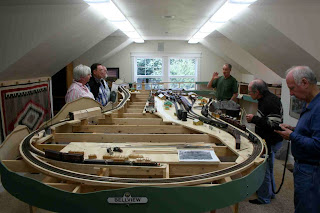 The Espee in Oregon Meets have provided a great place to meet fellow SP-Oregon modelers.  Information useful to modeling the SP in Oregon has been provided and exchanged, and lots of helpful tips and encouragement provided.   Even though I have only recently returned to my native Oregon, these meets have provided me with the model railroader contacts so important to hobby enjoyment.
Posted by EspeeCascades at 4:37 PM No comments: